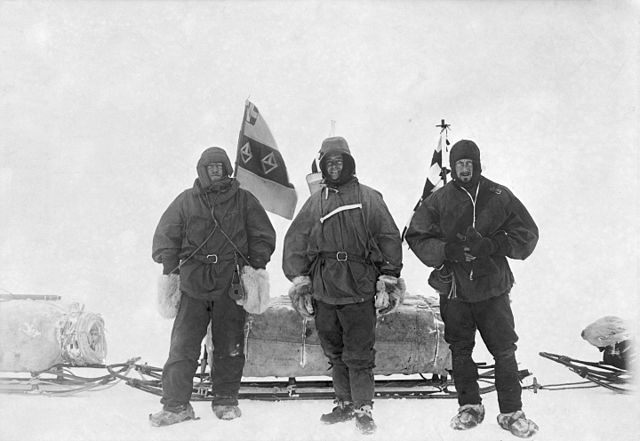 Shackleton (1874-1922) is famous for saving his men during the Imperial Trans-Antarctic Expedition (1914-1917) after the loss of their vessel the Endurance. But he also took part in three other expeditions, with his first being on board the Discovery Expedition (1901-1904) under the command of Scott.

Scott’s Terra Nova expedition, which set off in 1910, and saw Scott and his crew attempt to be the first humans to reach the South Pole, is arguably the most well known Antarctic expedition. The tragic end to the journey that saw all explorers die, having failed to reach their supply depot due to a blizzard, has served as a chilling reminder of the dangers posed by the extreme climate. Scott and his men died in March 1912, and so March 2022 commemorates the 110th anniversary of their deaths.

This year also celebrates the 60th anniversary of the British Antarctic Survey (BAS), which was formed in 1962. BAS has the purpose of not only conducting scientific research in Antarctica (and now also in the Arctic) but also communicating this research to the public.

There are teams of scientists working on a diversity of projects. For example, the Paleoclimate and Ice Dynamics team is observing and modelling the mass balance of the ice sheets, to aid the modelling of future ice sheet changes from further climate change. Meanwhile, there are fellow teams monitoring the response of Antarctic biodiversity and ecosystems to climate change. The research produced by BAS is vital for guiding policy that protects not only the Antarctic but the wider global environment for now and the future.

Antarctica is over 10,300 air miles away. However, this distance does not have to hinder the British public in exploring its Antarctic history during this commemorative year. Here are the places you can visit to discover more, from the well known to the small the quirky: 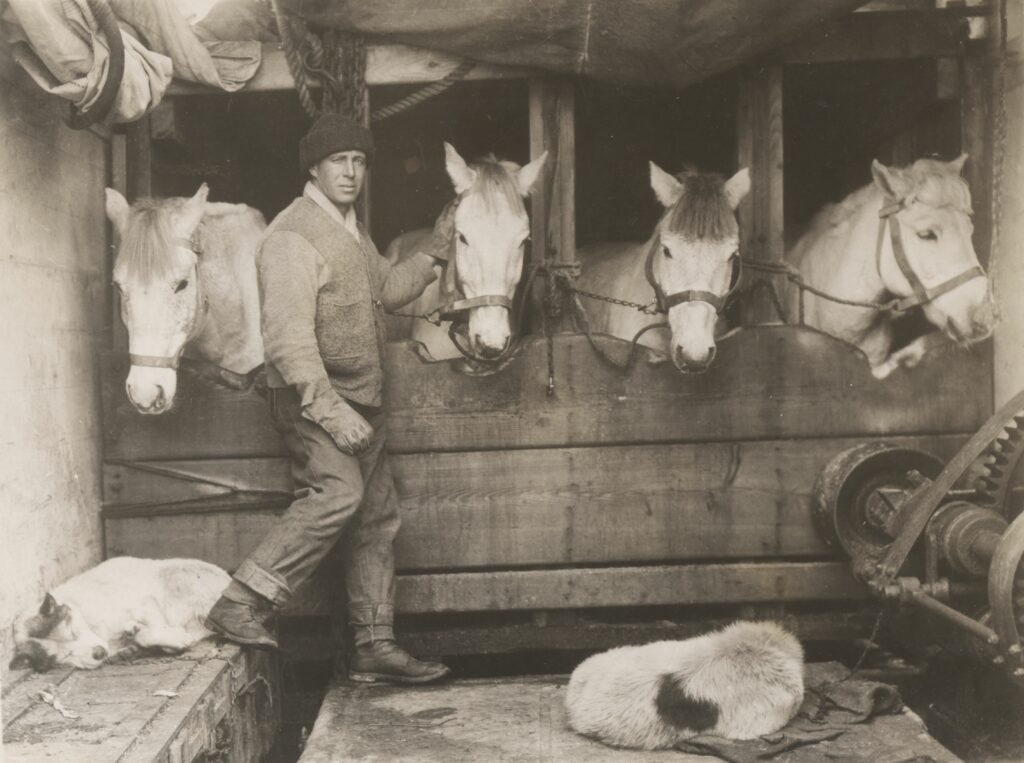 The museum is hosting a special exhibition that tracks the competitive race held to reach the South Pole made by Scott’s Terra Nova expedition against Roald Amundsen’s successful Fram expedition (1910-1912). Using the diaries of Scott and Amundsen, Dr Anthony Fogg has traced how the two journeys progressed day by day. While there were many differences between the two expeditions the research reveals a host of similarities too. The special exhibition runs until April 3rd. For online access to the exhibition go to Gilbert White’s House blog, where Dr Fogg has tracked the expeditions for the past two years.

As the home of the Oates collection, the museum is also commemorating the 110th anniversary of the death of Captain Lawrence Oates, known as ‘Titus’ on Scott’s Terra Nova

expedition. There is a permanent exhibition providing an in-depth dive into Oates’ contribution to the team. He was responsible for the ponies that Scott had chosen for transportation. Oates later sacrificed himself on March 17, 1912, by walking out into the blizzard, in the hope that without him the team could traverse the land more quickly.

In commemoration of the 100th anniversary of Shackleton’s death, the RGS currently hosts a temporary photographic exhibition focused on Shackleton’s legendary Endurance expedition. Visitors will be amazed by the collection of photographs saved by the official expedition photographer Frank Hurley, including some previously unseen and newly digitised shots. The brutality of the icy landscape is exquisitely captured and accompanied by diary notes from the crew and even some digitised hand-drawn illustrations. The exhibition is open until May 4.

April 4, will be a rare occasion when the public can enter the British Antarctic Survey’s premises, as it opens its doors as part of the Cambridge Festival 2022. The BAS open day is themed around the topic of ‘Ice Worlds’ and scientists will showcase how they live in the Antarctic, conduct their experiments and produce their research. There is a focus on how polar regions are being affected by climate change.

The Polar Museum is the largest of the museums, hosting collections from the polar regions which display both British heritage and that of the indigenous people of the Arctic. Highlights include 140-million-year-old fossilised ferns, nearly a century old dolls from Greenland, Shackleton’s snow goggles used on the Endurance and a folding camera used by Scott at the South Pole in 1912.

This year the museum hosts a special display on the Shackleton-Rowett Antarctic Expedition, also known as Quest (1921-22). It was on the Quest expedition that Shackleton died on January 5, 1922. The display includes the diary Shackleton kept on Quest, including his last entries that were written in South Georgia where he died and is buried. The exhibition will remain open until March 31.

The National Maritime Museum currently holds a ‘Polar Worlds’ Gallery. Exploring both the Arctic and Antarctic, it includes the stories of both Scott and Shackleton. The museum also provides digital access to many of its objects, photographs and paintings held in its

collections, so that visitors from afar can still connect with the human stories of polar exploration. There are even online videos demonstrating how curators conserve the objects, including Scott’s seal skin overshoes that were found on his body in 1912.

Discovery Point Museum has permanent galleries dedicated to revealing the Royal Research Ship Discovery. From its origins in Dundee to its use for Captain Scott’s expedition and to its life after, the museum reveals its history through artefacts, videos and interactive displays.

Your ticket for the: Antarctic Anniversaries – Places in the UK to connect with our Antarctic Heritage