Creative Footsteps: On Gallows Down with Nicola Chester 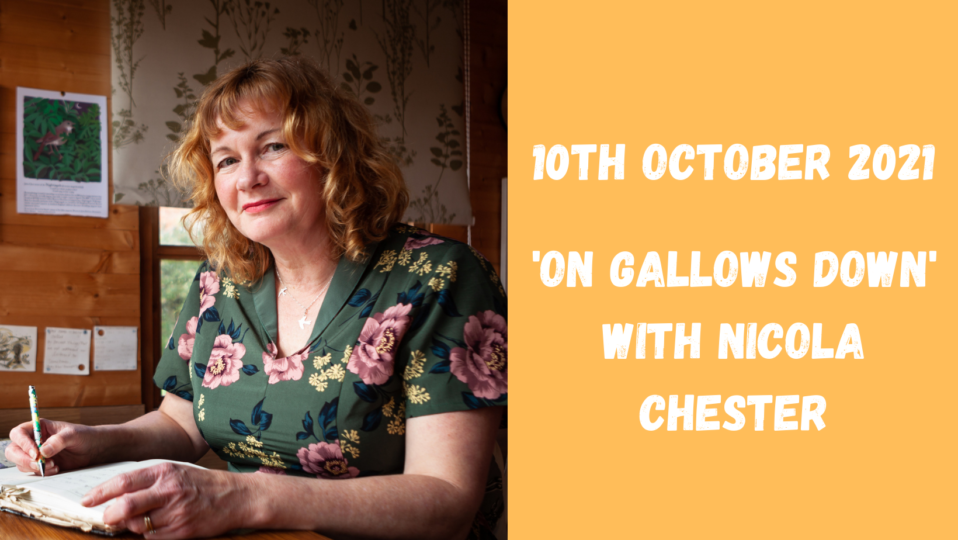 Nicola Chester won the BBC Wildlife Magazine’s Nature Writer of the Year Award and her long-awaited debut, On Gallows Down, publishes this October. Nicola will discuss her new memoir, and how her life has been shaped by landscape and an enduring love of nature. Nicola’s story is a story about hope – from the rewilding of Greenham Common after the missiles left to how, as a new mother, she walked the chalk hills to give her children roots, teaching them names and waymarks to find their way home. It is about the songs of the nightingale and cuckoo – whose return she waits for – the red kites, fieldfares, skylarks and lapwings that accompany her, the badger cubs she watches at night and the velvety mole she finds in her garden. And it is also the story of how Nicola came to write and to protest – unearthing the seam of resistance that ran through Newbury’s past, from the Civil Wars to the Swing Riots and the women of the Greenham Common Peace Camps, and to the fight against the Newbury bypass. A resistance that continues today against the destruction of hedgerows, trees and wildlife through modern farm estate management. Melissa Harrison writes that On Gallows Down is “that rare thing: nature writing as political as it is personal”.

Between 2 and 10 October the area’s first Nature and Literary Festival will celebrate local literary greats and their love of the East Hampshire countryside. Follow in the footsteps of author Jane Austen, our first ecologist and naturalist Gilbert White, the wartime poet Edward Thomas and more. You can enjoy short guided nature walks, writing and poetry workshops, garden tours, trails, Yoga and more. https://www.easthants.gov.uk/creative-footsteps

Gilbert White’s Field Studies Centre is the Education Department of Gilbert White’s House and The Oates Collection. Our mission is to inspire journeys of discovery in the natural world for all ages and abilities and throughout the seasons.

Register for Event: Creative Footsteps: On Gallows Down with Nicola Chester

Your ticket for the: Creative Footsteps: On Gallows Down with Nicola Chester

Creative Footsteps: On Gallows Down with Nicola Chester