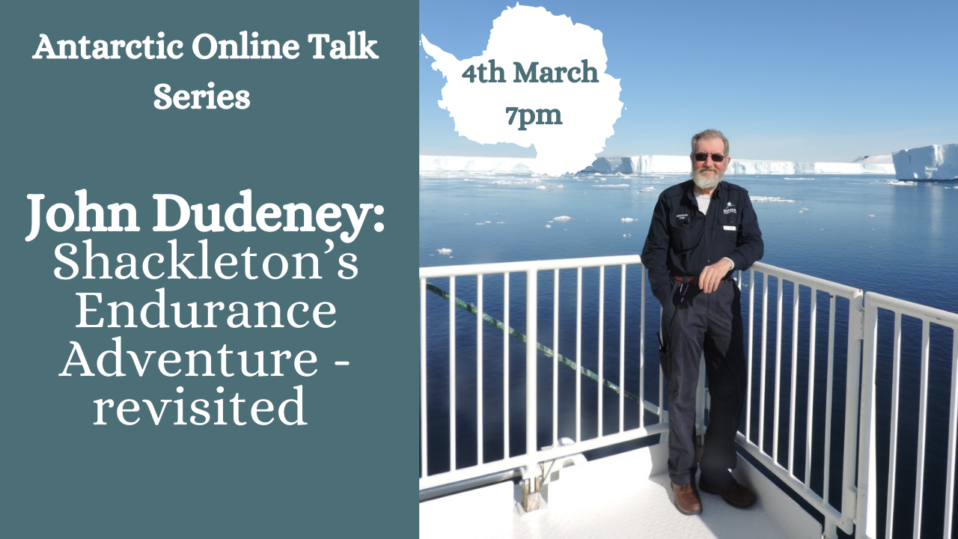 A link has now been sent to ticket holders for tonight’s event. Any new ticket buyers will receive the link after 5pm today. If you have not received your link please email info@gilbertwhiteshouse.org.uk. Please bear in mind that if you ring the museum it is not guaranteed that someone will be in the office.

This talk provides a new historical perspective on Sir Ernest Shackleton’s amazing adventure in the Weddell Sea – of brave hopes, hopes dashed, shipwreck and castaway, and ultimate survival.  But in doing so, it will draw on previously unknown information from a century ago held in the UK National Archives which was recently uncovered by the speaker and his co-workers. The documents so discovered throw a rather different light the behaviour of both Shackleton and the British Government than the popular accounts provide. This is particularly the case concerning the attempts to find out what had happened to Shackleton and his men, and then, when he reappeared in the Falklands, to rescue the castaways on Elephant Island. It will also bring the “forgotten” men of the Ross Sea party into the limelight.

Other Talks in this series:

25th March: Monitoring the heartbeat of the ocean – The work of the Continuous Plankton Recorder Survey