2020 marks Gilbert White’s Tercentenary and Gilbert White & The Oates Collections will be celebrating from the get go! 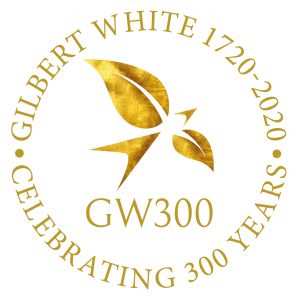 Our first temporary exhibition will open on the 3rd January; entitled ‘Gilbert White around the World’ it will explore Gilbert White’s international impact. The Natural History of Selborne, Gilbert White’s pioneering work, is often quoted as being the fourth most published book in the English language, however it is not just published in English, readers from all over the world have also read White from China to Sweden.

One of the jewels of the exhibition will be a 1792 German translation, the only translation made during Gilbert’s own lifetime. A tiny slim edition as the translator, a 24 year old naturalist by the name of Friedrich Meyer, cut away most of the work to leave fourteen letters of what he considered the best bits of the work.

White’s work followed English speaking immigrants to North America, Australia and New Zealand, where in the nineteenth century new editions began to appear.  White’s words have been translated in French, German, Spanish, Swedish, and Danish as well as Chinese and Japanese.

White himself did not travel far, not being in a position to travel internationally and suffering from terrible travel sickness White relied on the word of others to apply the theories he had surmised in Selborne to the wider world. He was in contact with Swedish Carl Linnaeus the greatest naturalist of the day, as well as being well versed on the writings of Austrian and French naturalists. He followed the adventures of naturalists Joseph Banks and Daniel Solander as they travelled with Captain Cook around the world.

The exhibition will run until the 28th June and will be free to see alongside normal house admission. For more Gilbert White tercentenary events please the Gilbert White’s House website www.gilbertwhiteshouse.org.uk.

Your ticket for the: GW300 Exhibition Announcement