Halloween as we know it today divides opinions. It’s certainly not a festival that Gilbert White would have celebrated, but the Halloween of the 18th Century surprisingly didn’t look too dissimilar to today’s festivities. 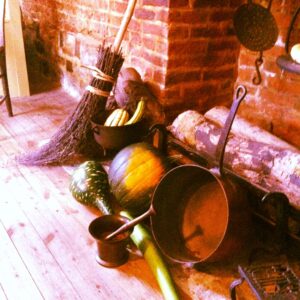 The roots of Halloween are wildly debated, it thought that it comes from the Celtic festival of Samhain, celebrated at the end of harvest where ancient communities would light bonfires and wear costumes to ward off spirits in the increasingly dark evenings. The day marked the turning of a new year, and it was believed that on this day the lines between the world of the living and of the dead were blurred.  The Romans also celebrated a similar festival in late October, Feralia in which they commemorated the passing of the dead.

When Christianity came to Britain, Pope Gregory III designated November 1st as All Saints day, a day to honour all saints; and soon this holy day was intermingled with the traditions of the pagan festival that come before it. In fact the festivals were celebrated very similarly with big bonfires, parades and dressing up in costumes as saints, angels and devils. The day came to have many alternative names such as All-souls day , All-hallows or All-hallowmas (from Middle English Alholowmesse meaning All Saints’ Day) and the night before it therefore was called All-Hallows Eve and, eventually, Halloween. During these festivities poor children would go begging at the doors of wealthy households who would give them pastries called “soul cakes” in return for their promise to pray for the family’s dead relatives.  This is the root of trick or treating today.

However by the 18th Century in England these traditions had faded and Gilbert himself makes no reference to Halloween. However would have been very familiar with the All Saint’s Day. Superstition however never went away, you only need look at the witch craze of the 17th century to see that, the themes currently associated with Halloween were at the forefront of people’s minds. In the 18th century the world made significant scientific discoveries and the supernatural beliefs of previous generations now seemed ludicrous to these well educated individuals. In fact Gilbert White points out in The Natural History of Selborne that in living memory two poor elderly women had been put to death under suspicion of witchcraft and that superstition was still rife amongst the community of his village. He goes on to explain that the previous vicar of Selborne had burnt an ancient shrew ash (an ancient ash tree containing an embalmed shrew that the villagers believed kept away illnesses) and that there had been uproar amongst the parishioners who were horrified to see it go. Gilbert White writes ‘It is the hardest thing in the world to shake off superstitious prejudices: they are sucked in as it were with our mother’s milk; and growing up with us at a time when they take the fastest hold and make the most lasting impressions, become so interwoven into our very constitutions’.

The poet Robert Burns wrote the poem Halloween in 1785, and similarly another Scottish poet John Mayne five years earlier had written on the subject. Mayne writes of the pranks that ensued as well as the connection to ghosts (or bogies as he called them). In Burns poem Halloween ‘is thought to be a night when witches, devils, and other mischief-making beings are all abroad on their baneful midnight errands’. Burns’ poem shows how the Celtic roots of Samhain were still alive in 18th Century Scotland, with many practises we might recognise today such as harvest activities (cutting apples) but also storytelling and the supernatural. These celebrations were more popular in Scotland and Ireland, and it is likely that in the mass immigration of the 19th Century to North America these traditions were brought over and rose in popularity, where in the 20th Century they returned to Britain different but ultimately recognisable from their ancient origins. 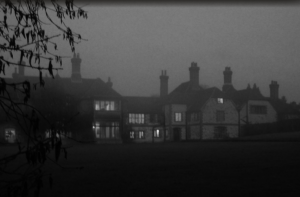 So although Halloween may not be everyone’s cup of tea, and Gilbert White would almost certainly have discouraged it as a clergyman, it’s roots go back thousands of years, a festival to celebrate the end of harvest to remember the deceased, and to get together around a bonfire with the family in costume.

Your ticket for the: Halloween