‘A man in total harmony with his world’

Gilbert White – “A man in total harmony with his world” 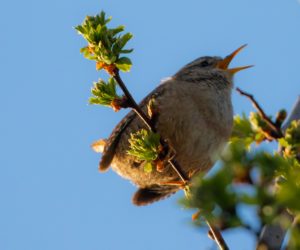 Gilbert White (1720 – 1793) is widely regarded as ‘the father of ecology’, the study of the interactions between organisms and their biophysical environment. You can only study what you know, and you can only know what you have observed, which was Gilbert’s greatest strength. “Observing narrowly” as he called it, was at the heart of his scientific method. “If people that live in the country would take a little pains, daily observations might be made with respect to animals, and particularly regarding their actions and economy, which are the life and soul of natural history”. (Gilbert White 12 May 1770).

From such study and observation flowed the ability to ‘live in harmony with his world’. From the very smallest insects to the largest things in nature (provided they were in or around Selborne) Gilbert made observations which laid the foundations of today’s natural sciences by showing how the different parts of nature interacted and relied on each other.

Most of Gilbert’s contemporaries would have regarded the earthworm as a tiresome species that got in the way of cultivation. Gilbert, rightly, realised that the humble earth worm had a beneficial purpose: “Earth-worms, though in appearance a small and despicable link in the chain of Nature, yet, if lost, would make a lamentable chasm. For, to say nothing of half the birds, and some quadrupeds which are almost entirely supported by them, worms seem to be the great promoters of vegetation, by boring, perforating, and loosening the soil, and rendering it pervious to rains and the fibres of plants, and, most of all, by throwing up such infinite numbers of lumps of earth called worm-casts, which, being their excrement, is a fine manure for grain and grass.”

His observations of the humble earthworm so impressed Charles Darwin that Darwin’s book, The Formation of Vegetable Mould Through the Action of Worms, published in 1881, was built on White’s observations.

At the other end of the scale, Gilbert kept careful records on the rate of growth of trees on his land and observed them carefully. Size, he saw, was a measure of the health of the tree.

Most people know of the tree’s importance as storage for carbon dioxide, and as a supply of oxygen in the atmosphere. Not many realise that the tree is a vital building block in any ecosystem. Recent Forestry Commission research shows that well wooded areas are 4 per cent cooler than areas without trees. This would not have surprised Gilbert -“Trees are great promoters of lakes and rivers…; for, since the woods and forests have been grubbed and cleared, all bodies of water are much diminished; so that some streams, that were very considerable a century ago, will not now drive a common mill. “

He realised that trees played a vital role in the ecosystem. “Trees perspire profusely, condense largely, and check evaporation so much, that woods are always moist; no wonder, therefore, that they contribute to pools and streams.”

Ground moisture, fostered by trees, plays a huge role in encouraging plant growth thus creating a suitable environment for insects. This in turn provides a food source for birds and other animals. One mature oak can be home to as many as 500 different species. As Gilbert puts it “The parish I live in is a very abrupt, uneven country, full of hills and woods, and therefore full of birds.”

Gilbert knew the importance of trees both as a raw material for human existence, and as an essential feature of the ecosystem. He insisted on planting new trees to replace dead ones, and railed against unnecessary tree clearance on the Hangar and surrounding fields. In this respect he could be a contemporary observer. Prince Harry recently highlighted the fact that too many trees are burnt as part of landscape clearance for farming (as is happening controversially in the Amazon part of Brazil). Harry warned of the “natural order” between humans and nature being destroyed by this action. He said “Nature teaches us the importance of a circular system, one where nothing goes to waste and everything has a role to play. If we interfere with it, rather than work with it, the system will break down.” (A sentiment Gilbert White would have agreed with wholeheartedly !)

In his own garden Gilbert firmly believed in working with his environment. He was a huge fan of melons, but realised that they could not grow in the cold climate of England without help. His pride and joy was a melonry, in which he grew his favourite vegetable. As a friend of his, Dr Scrope, put it (in verse):

“The vegetable world engrossed his heart,

The swelling melon was his favourite fruit,

Other productions kindled some delight

In his fond soul, but here he doted quite”.

Gilbert erected a frame of wood, then put straw in it, to keep heat in. He filled the frame with horse manure – borrowed from Farmer Berriman- and then planted his melons. As the manure rotted it got warmer and a flourishing crop of melons popped up and were

harvested from June each year. And the manure ? That went back on the fields every autumn to enrich the land. A neat and ecological solution, with nothing wasted.

He was also an innovator, planting crops new to the area that would flourish in the English climate. Though potatoes had been around for well over 100 years, Gilbert was the first person to grow them in the Selborne area.

White described Selborne (in his preface to The Natural History of Selborne, as “a rural, shelter’d, unobserved retreat.” Thanks to his ground breaking book – the first to give such huge detail to a particular place, Gilbert created the notion of observation and recording of natural history. The fact that the book covered a very small area of England does not really matter. Gilbert admitted he was not much of a traveller, but turned this to advantage: “I am now become a very bad traveller. In general, foreign animals fall seldom in my way; my little intelligence is confined to the narrow sphere of my own observations at home”.

The book was an almost instant hit and became a favourite very quickly. As The Gentleman’s Magazine of January 1789 put it in its review: “ A sagacity of observation runs through the work. Men of intelligence like him are wanted, to promote an intimacy between the library and the plough.”

An essential element of the harmony in which Gilbert lived is the beneficial effects of this work on him personally – a final vital element of harmony: as he put it “these his pursuits, by keeping the body and mind employed, have, under Providence, contributed to much health and cheerfulness of spirits, even to old age”.

It all fitted together into a natural harmony between Man, Nature and God. As an admirer of Gilbert’s book, the poet Coleridge, put it, in one of the final verses of his great poem The Rime of the Ancient Mariner, published shortly after The Natural History:

“He prayeth best, who loveth best All things both great and small;

For the dear God who loveth us, He made and loveth all.”

Your ticket for the: ‘A man in total harmony with his world’

‘A man in total harmony with his world’