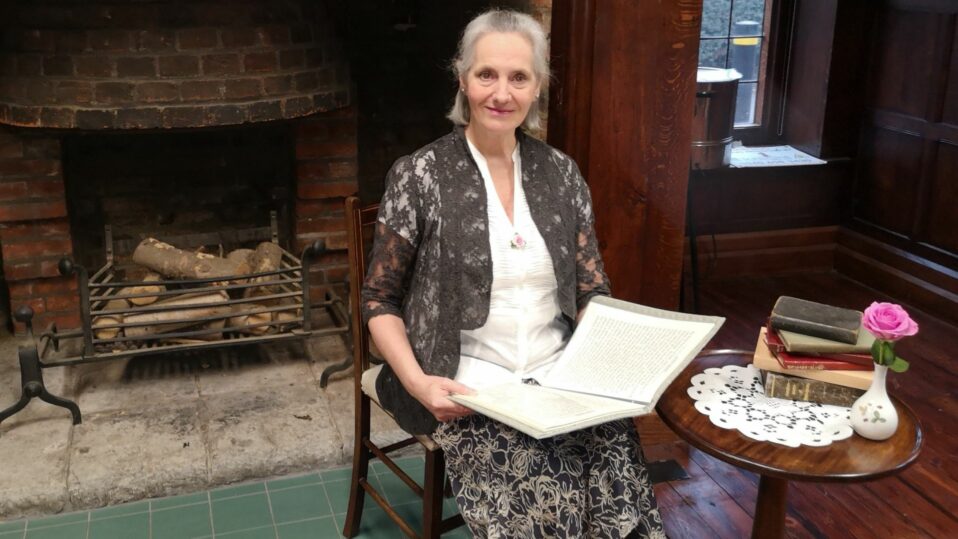 Enjoy an evening in our atmospheric Great Parlour listening to Jane Austen’s inner thoughts and feelings in an entertaining and dramatic recital of readings of letters between Jane and her sister Cassandra Austen. The recital will also feature prose and poetry, an extract from her novel ‘Persuasion’ and some of Jane’s early Juvenilia work, compiled and performed by Rowan Suart, a professional actress/speaker based in Hampshire and working in theatre, television and radio.

For many years Rowan Suart has played diverse roles in repertory and commercial theatre nationwide, in dramas and sit-coms on television, and in BBC Radio 4 classic serials.  Recent favourite roles include Carlotta Gray in Coward’s A Song At Twilight,   Mrs Elton in Rattigan’s The Deep Blue Sea, and Mrs Malaprop in Sheridan’s The Rivals.  She is also guest Speaker for organisations and social groups in Hants/Surrey/Sussex with her themed literary recitals.

The performance lasts 50 minutes, and there will be a chance beforehand to purchase drinks.

Tickets are £15 per person.

Your ticket for the: Austen Sisters