Christmas in Selborne in the 18th century.

David Standing tells us about Christmas in Selborne in the 18th century. 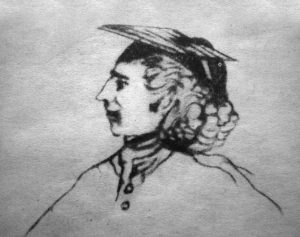 Gilbert White gave his first Christmas sermon at Selborne in 1751, instructing on the devout observance of the feast, and referring to the puritanical way of ignoring it ‘ traces of commonwealth Puritanism still lingered’ Toward the end of the century this had gone. On Dec 3 1788 White writes

So certainly by then Christmas was properly celebrated. In a letter to his friend the Rev Churton (who later used to spend many Christmases with Gilbert at Selborne) he writes

‘I will give you some Roast beef, plum pudding & other xstmass –cheer’ and continues ‘We do not keep the good season that is advancing so jollily as you do in the N; but you will, I hope, be pleased with visiting Sir Adam de Gurdon’s hall, where that old baron probably entertained his tenants with an ox roasted whole, and floods of brown ale’ letter from Gilbert White to Rev Churton, Dec 7th 1780

This meal is also referred to in 1757 the diary of Thomas Turner, a Georgian shop keeper in nearby Sussex. There would have been a very large quantity of food which would have been served after going to church on Christmas morning. Christmas celebrations also included playing cards and other games for prizes; Gilbert White writes to Mary White Dec 26th 1785

‘At the red lion at Oakhanger, a good fat porker, yards for inches, at a card: all to charge out of the same bag: also two boar pigs to be bowled for…. At Farringdon on the 28th a good watch to be played at farmering for: he that wins…to have the watch…. Such are the amusements of this neighbourhood at this season of festivity’

The White’s were a musical family, so there would probably have been singing at Christmas with piano harpsichord, spinet, violin and violin cello… and on Dec 24th 1753 his friend Mulso writes to him

The weather at Selborne was often very cold and snowy. On Christmas day morning 1784 the temperature was 10.5oF (=minus 12oC !!) On 25th Dec in both 1785 and 1786 Gilbert writes, ‘Snow covers the ground’ (Naturalist’s Journal) and on Christmas day 1787 ‘snow all night, about one foot in depth in some places much drifted’

White knew Spruce Firs, which we now call Christmas trees, but they were not used in the eighteenth century to decorate the house, his were planted as a landscape feature in the garden. But he had several evergreens, Holly, Laurel, Laurestinus (evergreen Viburnum) and cedars, which could have been cut and brought in to decorate ‘The Wakes’

Rich and poor alike took these into the house to decorate for Christmas, but not until Christmas eve… it was considered unlucky to bring greenery into the house before then. By the late eighteenth century, kissing boughs and balls were popular, usually made from holly, ivy and mistletoe, although some were superstitious about ivy and mistletoe. These were often decorated with spices, apples (White grew about 20 sorts of Apple in his garden) oranges, candles or ribbons.

There would have been a great blazing fire, probably in White’s Great Parlour (after 1777) where he had a splendid new fireplace. A Yule Log was often chosen on Christmas eve, and dragged home from the woods which surround Selborne on Christmas Eve. It was wrapped in hazel twigs and made to burn as long as possible over the Christmas period.

The day after Christmas was St Stephens’s day, and on this day people gave to charity and the gentry presented their servants and staff with their Christmas boxes. Hence the name Boxing Day which later came to be used. However, if the weather was suitable, Gilbert would be back out in his garden on St Stephens Day eg Dec 26th 1761

‘Made a hot bed for the biggest one light frame with 20 barrows of dung…. Planted a Dutch Medlar, & a service in the old orchard; & a mountain ash in one of the basons in the field’

Your ticket for the: Christmas in Selborne in the 18th century.

Christmas in Selborne in the 18th century.