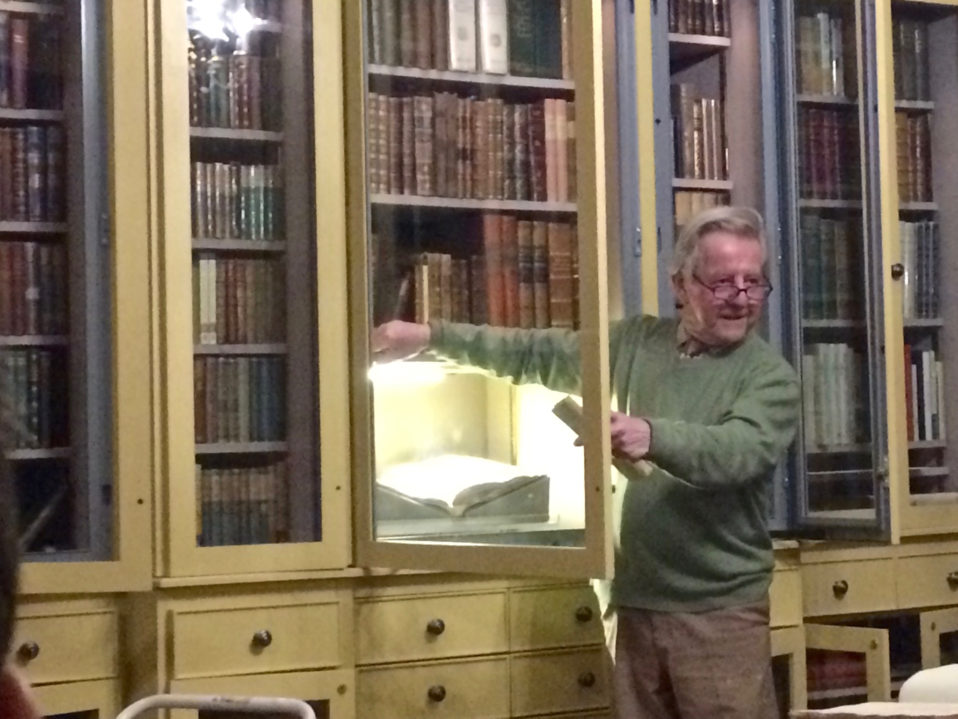 Due to illness this talk has been postponed until the Spring. We will let you know when we have a date settled.
Gilbert White Only Wrote One Book
So why are there 1,000 (and more) copies in the Great Parlour?
Ronnie Davidson-Houston will talk about his collection of The Natural History of Selborne (confidently believed to be the most complete collection of its kind), which he donated to the museum in 2010. His interest in Gilbert White began at the age of about 10, when he found a copy in his school library, leading to the publication of his edition of The Illustrated Natural History of Selborne in 1981 (which is still in print). As a publisher, he was fascinated by the variety of ways in which the same book could be published over the course of two centuries, and in 1986 began collecting in earnest. He is still pursuing a handful of elusive American and Japanese impressions, for which he has optimistically left space on the shelves in the Great Parlour.
Part of the Gilbert White 300 talk series this talk takes you through the museum to where the books are on display.
Thursday 20th February 2020
6:30pm
The Great Parlour, Gilbert White’s House
Gilbert White 300 Talk Series: Every last Thursday of the month* there will be a talk celebrating Gilbert White or subjects around Gilbert White by visiting experts. This is part of the museum’s celebrations for Gilbert White’s 300th anniversary.
You can book each talk individually or buy tickets for all 9 talks for £60.
*Does not include the months of January, March or December.