Gold and silver fishes, though originally natives of China and Japan, yet are become so well reconciled to our climate as to thrive and multiply very fast in our ponds and stews. Linnaeus ranks this species of fish under the genus of cyprinus, or carp, and calls it cyprinus auratus. Gilbert White 1781 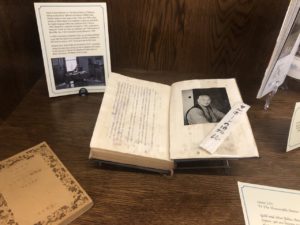 Japan is especially keen on The Natural History of Selborne, having produced four different translations of White’s text. Interest seems to have begun in the 1920s and 1930s, when articles on White began to be published in Japanese periodicals. An English language edition was published first in Tokyo in 1940, followed by a Japanese translation in 1943 completed by Yamauchi- Yoshio but it was not published until 1948 because of World War Two. A third translation quickly followed in 1949. In 1958 a translation by Nishitani-Taizo was privately published, a year after the death of the translator who had completed his first draft as early as 1923. The project was his life’s work. Nishitani-Taizo visited Selborne and wrote in 1925 ‘I remember visiting this place twice during my stay in England in the course of the past year. I climbed the Hanger and looked down on White’s old house, The Wakes, from far away.’

In 1997 the most recent translation was published, in the same year Japanese magazine Le Figaro featured an article on the museum. This triggered a surge in Japanese visitors and other Japanese publications featuring the museum and Selborne village. 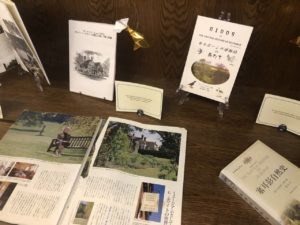 Birds of the Natural History of Selborne published in 2008 by Izawa-Koichi is the only bilingual edition of the text to be produced.

Not long after the Japanese Gilbert-mania, in 2002 the first Chinese translation was published. 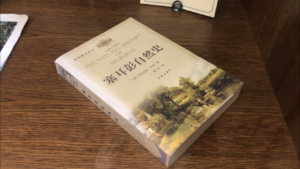 Your ticket for the: Gilbert White in China & Japan