“What is the reason for sending an expedition of perfectly good fighting men to the South Pole ? ” 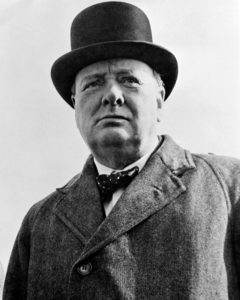 Winston Churchill’s question was a very reasonable one to ask in April 1944 as Britain strained every nerve preparing for the D-Day invasion of Europe. If you want to know the answer, come to Gilbert White & The Oates Collection on 27th February. In the first of the Oates Antarctic Lectures 2020 (6.30pm on 27th), Dr Robert Headland, a distinguished Antarctic historian, who has worked for British Antarctic Survey and the Scott Polar Research Institute in Cambridge, will answer Churchill’s question. Dr Headland is an expert on the history of Antarctica and will be telling the story of the numerous and competing sovereignty claims made by various nations from the time of Captain Cook to the Second World War. In the middle of that war, Britain decided to send a small force – Operation Tabarin – down to garrison some key Antarctic sites. Ostensibly they were watching for German warships, but in fact they were “putting boots on the ground” and beefing up British land claims on the continent.

2020 is the 200th anniversary of the first known sighting of Antarctica by Edward Bransfield of the brig Williams. This year’s Antarctic Lectures are focussing on the past, present and possible future of the continent. “Antarctica will be very much in the news in the next year. Not only is it facing controversial land claims and argument about ownership and use of natural resources, it is also a barometer of the health of the global environment “ says Museum Trustee Philip Geddes, who organises the talks. “Measuring what is happening to the environment in and around Antarctica is like taking the world’s temperature – it shows what is going wrong and needs curing.”

On 19th March, in a talk entitled “Monitoring the heartbeat of the ocean” marine biologist Marianne Wootton, Senior Analyst at the Continuous Plankton Recorder Survey, based in Plymouth, will explain the importance of plankton counting. The CPR Survey has been running since 1931 and, by measuring plankton numbers, provides a key indicator of changes in the ocean ecosystem. Recent measurement shows a significant increase in microplastics in the ocean.

On 16th April, the focus returns to history. Anne Strathie, author of From Ice Flows to Battlefields: Scott’s ‘Antarctics’ in the First World War, will talk about what happened to Captain Scott and Oates’ colleagues on the Terra Nova Expedition in World War 1. Oates was almost the only member of the Terra Nova team to have seen action before going south. By 1919 almost all had seen action and several had died.

On 21st May, we return to the tangled politics of Antarctica, with a talk entitled “Who owns and who governs Antarctica ? 60 years of the Antarctic Treaty”. Dr John Dudeney worked as a scientist at British Antarctic Survey, studying the upper layers of the earth’s atmosphere, and rising to Head of Science and Deputy Director of BAS. He was awarded the Polar Medal in 1976 and OBE in 2004.

The Antarctic Treaty was agreed in 1959 and has now been signed by 47 nations. It suspends all territorial claims and preserves Antarctica for scientific research, banning any military activity. Though it provided a framework for peaceful co-operation in Antarctica, the Treaty is now faced by numerous issues. Dr Dudeney will look at these issues and at the problems challenging the Treaty in the future.

“The mantle of humility rests readily upon one’s shoulders in the presence of such inexorable power” – Andrew Taylor, Operation Tabarin member writing in a tent in a storm

Talks start at 6.30pm and the first three are in the Field Studies Centre near the car park. The fourth lecture (21 May) is being held in the main Museum Building. Ticket for each talk: £12. Ticket for all four talks: £40

Your ticket for the: Antarctic Lecture Series 2020